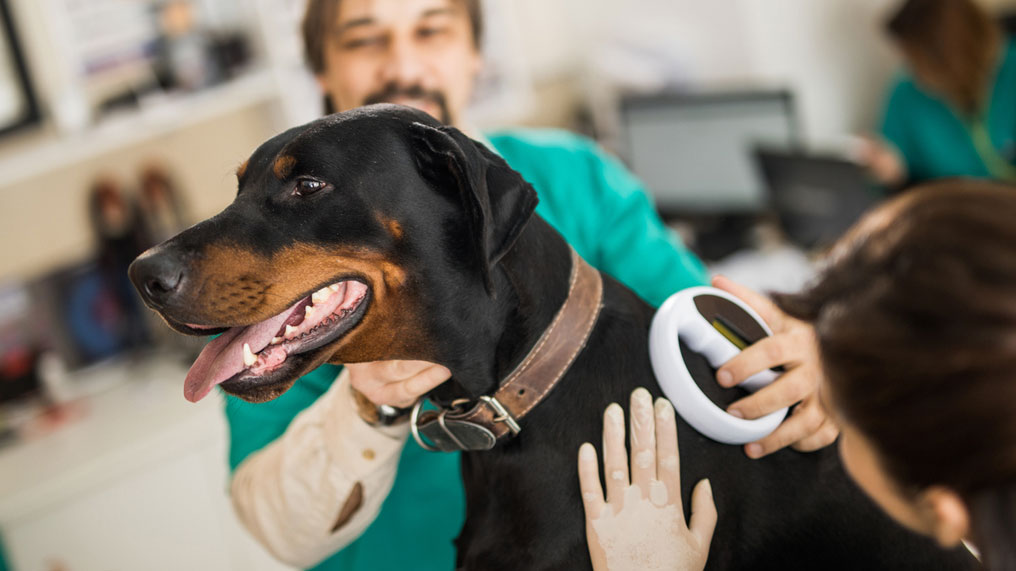 What is a microchip for pets?
A microchip is a small, electronic chip enclosed in a glass cylinder that is about the same size as a grain of rice. The microchip itself does not have a battery – it is activated by a scanner that is passed over the area, and the radio waves put out by the scanner activate the chip. The chip transmits the identification number to the scanner, which displays the number on the screen. The microchip itself is also called a transponder.

How is a microchip implanted into an animal? Is it painful? Does it require surgery or anaesthesia?

It is injected under the skin using a hypodermic needle. It is no more painful than a typical injection, although the needle is slightly larger than those used for injection. No surgery or anaesthesia is required. If your pet is already under anaesthesia for a procedure, such as neutering or spaying, the microchip can often be implanted while they’re still under anaesthesia.

How does a microchip help reunite a lost animal with its owner?

When an animal is found and taken to a shelter or veterinary clinic, one of the first things they do is scan the animal for a microchip. If they find a microchip, and if the microchip registry has accurate information, they can quickly find the animal’s owner.

And the most important question, and the reason most owners opt in to microchipping:

Will a microchip really make it more likely for me to get my pet back if it is lost?