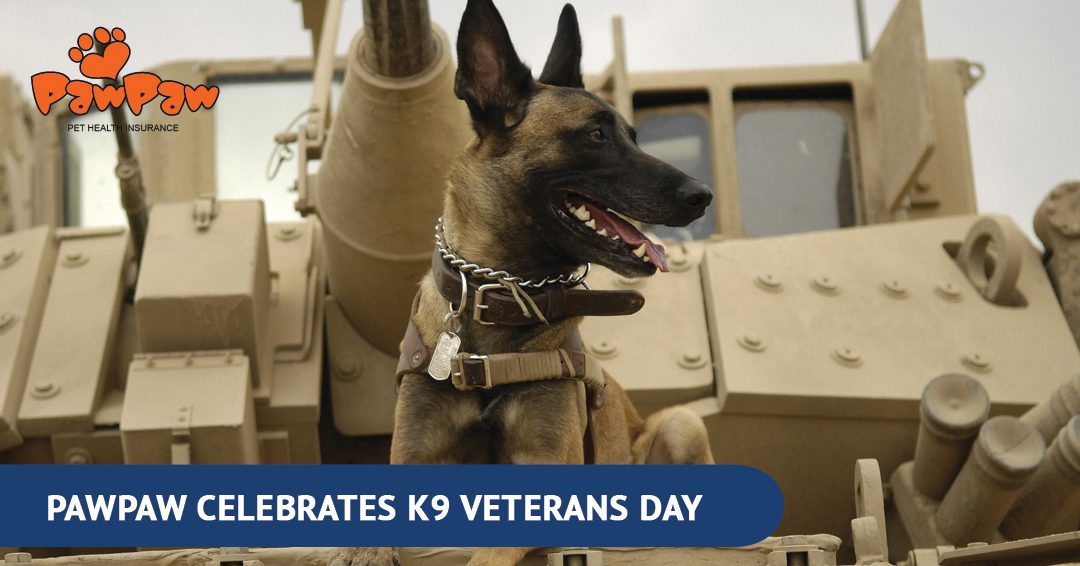 March 13th recognizes National K9 Veterans Day.
A lot of things changed after the bombing of Pearl Harbor in 1941. Oil, leather and rubber were rationed. Men were drafted. Women rolled up their sleeves and built war supplies.

And dogs were called to duty. During the first world war, the United States took notice of the European use of canines as sentries, message carriers and several other functions.

Dogs for Defense was a program initiated by a private citizen by the name of Mrs. Alene Erlanger. Along with the American Kennel Club and a handful of breeders, the group aimed to train the dogs for military use.

By November of 1942, the first Dogs for Defense were prepared for duty in North Africa. While at first they were gun shy, they proved to be well trained.

As the war progressed, Dogs for Defense was unable to keep up with the demand and the Remount Branch, Service Installations Divisions took over training of the dogs. Over the years the military, police and rescue have developed a variety of training methods for K9 units. Their training is tailored to meet the demands of the job and each animal and handler carries out his or her duties to the fullest.

HOW TO OBSERVE
Use #NationalK9VeteransDay to post on social media.

HISTORY
National K9 Veterans Day is celebrated on March 13th on the official birthday of the US Army K9 Corps, which was formed in 1942.  Joseph White, a retired military working dog trainer, originated the idea for the day.